“A CEO does only three things. Sets the overall vision and strategy of the company and communicates it to all stakeholders. Recruits, hires, and retains the very best talent for the company. Makes sure there is always enough cash in the bank.”

What a CEO Does

My fantasy football league had our draft last night.  Here’s my team, and how it all went down.  Overall I’m pretty happy with my team, probably give it an 8 out of 10.  But who knows what the season will bring…

1.  (7)  Frank Gore – Brendan shook things up by taking Peyton Manning at #5, perhaps signalling an early run on QBs, but I felt I couldn’t pass up Gore here.  Brees or Andre Johnson were also considered, but I figured I’d be able to get a top-tier WR or QB in round 2.

2.  (18)  Miles Austin – The choice came down to QB or WR, but after Brees/Rodgers went off the board, I felt it was too high a pick to use on Brady/Schaub/Romo, so I decided to wait until round 3.

3.  (31)  Roddy White – I was wrong.  All 7 top-tier QBs were gone by the time it came back to me, so I switched to my value-QB strategy, thinking I could get Flacco a few rounds later.  Was psyched that Roddy White was still on the board and jumped on it.

4.  (42)  Jamaal Charles – I couldn’t believe Charles was still available here, most of my mock drafts had him going in the 3rd.  Also, someone took Flacco with the 2nd pick this round – crazy early – so I knew I’d be waiting a while to pick up a QB.

5.  (55)  Wes Welker – I wanted one of Welker, Crabtree, or Garcon, and decided to take Welker here, he served me well last year, let’s hope the knee holds up.

6.  (66)  Beanie Wells – Another shocker, for Wells to be available here in the 6th.  Couldn’t pass up adding a starting-quality RB to my bench.

7.  (79)  Zach Miller – One of the value TEs I’d been eyeing prior to the draft, hoping Campbell is an improvement from last year.

8.  (90)  Devin Aromashodu – Pysched to get a Bears WR, and Aromashodu was my first pick of the three, even though Knox and Hester were already off the board.

9.  (103)  Jay Cutler – Figured I better grab Cutler here, and it was a good move, because the next two picks were Vince Young and Roethlisberger – my league liked to grab backup QBs early.  Cutler makes me nervous, but fingers crossed.

12.  (138)  Demaryius Thomas – Didn’t read up on the foot injury before I picked him, but I like Orton, and Orton needs someone to throw to now that Marshall is gone.  And I like having a rookie or two on my team.

17.  (199)  Chaz Schilens – Couldn’t figure out who I wanted as my individual defensive player, so I grabbed Chaz.  I’ll have to drop him before the first game, which is too bad, he could have some upside.

Can’t wait for the season to start!

In my opinion, if you’re not peeing your pants around your friends at least once a year, you need to get some better friends.

Fantastic news – the Purple Cow (Williams’ mascot) is going to be in an upcoming ESPN College GameDay commercial!

An account of the shoot from James Dunn, the mascot

Good post by Ben Horowitz on minimizing politics in your company.

Politics are way too entrenched at Cisco for it to be reversed at this point, but good advice for when I hopefully have a company of my own.

The Clark has made it to the final of the America’s Favorite Art Museum tourney!  Vote now!

After knocking off giant after giant, I guess the strategy of having fantastic exhibits around reunion time, then getting thousands of alums to sign up for the email list in exchange for free admission is paying off!

Imported from Last.fm Tumblr by JoeLaz

The Clark has made it to the final round! 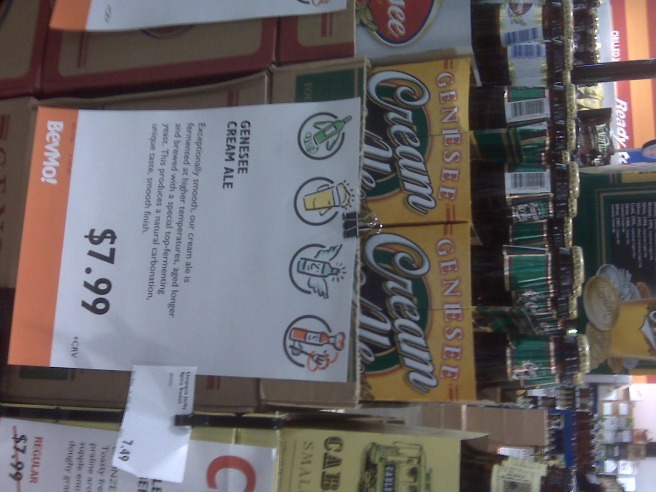 Are they seriously trying to sell Genny as PREMIUM?!?!

Thanks to @lmoberglavoie for the tip.